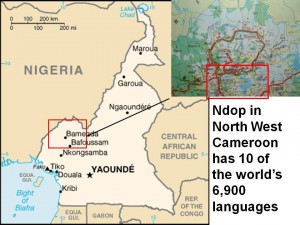 The people of the Ndop Plain suffer educationally from poorly researched and undeveloped languages and high levels of illiteracy, and spiritually from feeble penetration of the gospel.
The first problem is that the languages of the Ndop Plain are poorly documented and understood. Since the languages in the Ndop Cluster are part of the Grassfields Bantu family of languages, some of whom have full linguistic descriptions, there has been less interest among professional linguists to make descriptions for those in Ndop. Inadequate understanding of the Ndop plain languages means that it is difficult to proceed with literacy projects as there are still some outstanding issues related to spelling, word boundaries, grammatical words and, very significantly, tone. A poor understanding of Ndop Plain languages also hampers the translators’ ability to craft natural, accurate, and understandable translations. 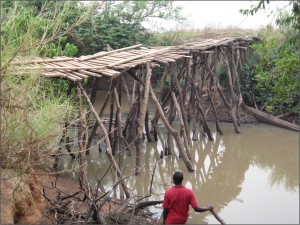 Linked to this lack of language development are stubbornly high levels of illiteracy. Although parts of the Ndop Plain have seen economic improvement in recent years, as a result of increased rice cultivation and rising prices for corn, educational attainment remains low and illiteracy high, particularly among women, most of whom do not speak English. School attendance is rising, but the educational system often fails to produce literate pupils at the end of the primary school cycle, because monolinguals entering the system are unable to access the learning tools when taught in English. Without MT literacy development, a large number of adults will remain illiterate and the school system will continue to under-perform. 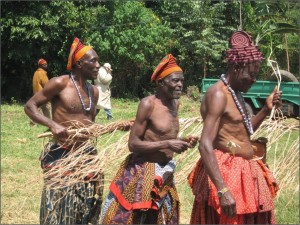 A further outcome of poorly developed languages and high levels of illiteracy is that barriers to the gospel are great. The Ndop Plain is regarded as a mission field by many denominations in Cameroon. Attachment to traditional religion is very strong and although the church flourishes in some villages, in others it has made only very limited headway. Moreover, even in well-attended churches, the depth of Christian understanding is often very weak because the language being used is not the mother tongue (MT) and there are no translated Scriptures. Pastors struggle to preach the gospel effectively and the church has had only a limited impact with outright opposition not uncommon.