Grace and our sister Romanian congregation support the work of Ion Damian, in the rural and deprived area of the Mures valley as well as in Ukraine. Ion works in schools, in prisons and amongst the poorest sections of the population, bringing practical help as well as sharing the Good News of the Gospel. Click here for more details 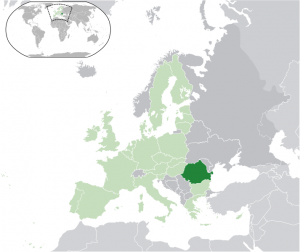 Romania or Rumania; is a country located at the crossroads of Central and Southeastern Europe, on the Lower Danube, within and outside the Carpathian arch, bordering on the Black Sea. Romania shares a border with Hungary and Serbia to the west, Ukraine and Moldova to the northeast and east, and Bulgaria to the south.

The Kingdom of Romania emerged when the principalities of Moldavia and Wallachia were united under Prince Alexander Ioan Cuza in 1859. Independence from the Ottoman Empire was declared on May 9, 1877, and was internationally recognized the following year. At the end of World War I, Transylvania, Bukovina and Bessarabia united with the Kingdom of Romania. Greater Romania emerged into an era of progression and prosperity that would continue until World War II. By the end of the War, many north-eastern areas of Romania's territories were occupied by the Soviet Union, and Romania forcibly became a socialist republic and a member of the Warsaw Pact.

With the fall of the Iron Curtain and the 1989 Revolution, Romania began its transition towards democracy and a capitalist market economy. After a decade of post-revolution economic problems, extensive reforms fostered economic recovery making Romania now an upper middle-income country with high human development.

Romania joined NATO on March 29, 2004, the European Union on January 1, 2007 and is also a member of the Latin Union, of the Francophonie, of the OSCE, of the WTO, of the BSEC and of the United Nations. Today, Romania is a unitary semi-presidential republic, in which the executive branch consists of the President and the Government.