Sierra Leone in West Africa is one of the world’s poorest countries. A devastating 11-year civil war ended in 2002 and since then the country has begun to make progress. In 2007, Grace Bible Fellowship in partnership with Immanuel Baptist Church in the capital, Freetown, started the programme known as ONCE (Operation Needy Child Empowerment).

You can see more details of the programme here 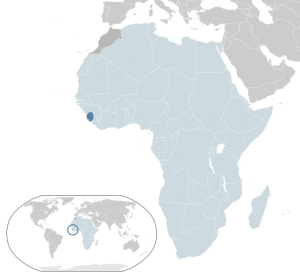 Sierra Leone (Krio: Salone), officially the Republic of Sierra Leone, is a country in West Africa. It is bordered by Guinea to the north and east, Liberia to the southeast, and the Atlantic Ocean to the west and southwest. Sierra Leone covers a total area of 71,740 km2 (27,699 sq mi) and has an estimated population between 5.4 and 6.4 million. It was a colony under the auspices of the Sierra Leone Company from March 11, 1792 until it became a British colony in 1808.

Sierra Leone has a tropical climate, with a diverse environment ranging from savannah to rainforests. Sierra Leone is divided into four geographical regions: the Northern Province, Eastern Province, Southern Province and the Western Area; which are subdivided into fourteen districts. Freetown is the capital, largest city and economic center. Freetown is located in the Urban District in the Western Area of the country. The other major cities are Bo, Kenema, Koidu Town and Makeni.

Sierra Leone is a constitutional representative democratic republic, whereby the President is both the head of state and the head of government. Legislative power is vested by the House of Parliament of Sierra Leone. The Judiciary of Sierra Leone is independent of the executive and the legislative and is headed by the Supreme Court. Since Independence in 1961 to present, Sierra Leone's politics have been dominated by two major political parties: the Sierra Leone People's Party (SLPP) and the All People's Congress (APC). Other political parties have also existed throughout but with no significant supports.

The country has relied on mining, especially diamonds, for its economic base; it is among the top 10 diamond producing nations in the world, and mineral exports remain the main foreign currency earner. Sierra Leone is also among the largest producers of titanium and bauxite, and a major producer of gold. The country has one of the world's largest deposits of rutile. Sierra Leone is also home to the third largest natural harbour in the world; where shipping from all over the globe berth at Freetown's famous Queen Elizabeth II Quay. Despite this natural wealth, over 70% of its people live in poverty.